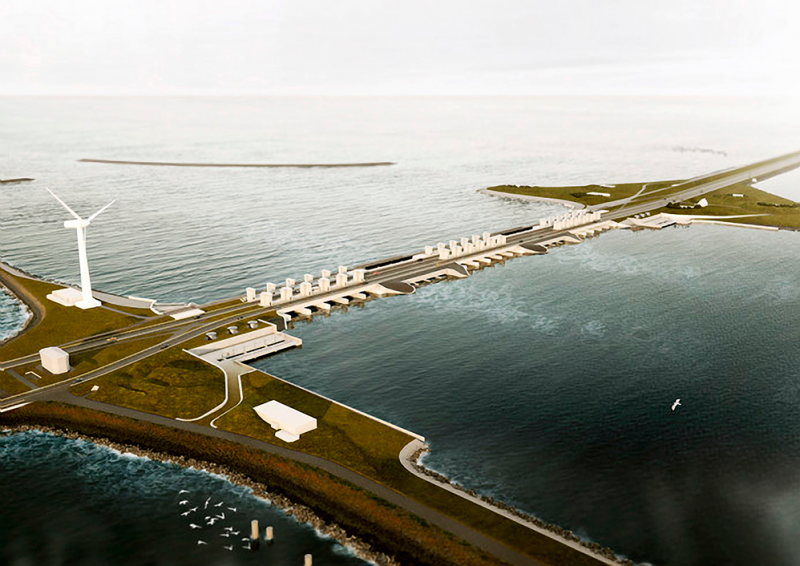 As a primary flood defence, the Afsluitdijk no longer meets the requirements for water safety in the Netherlands. As a result of rising sea levels and the rivers’ higher peak discharges, the water discharge capacity of the Afsluitdijk will have to be increased if we are to continue to control the water level of the Ijsselmeer. This will involve reinforcing the sluice gate complex at Den Oever and increasing its capacity by building more gates. A group of pumps will also be installed at both sides of the sluice gates at Den Oever, powered by a large number of solar thermal collectors, in order to pump excess water from the IJsselmeer to the sea. To facilitate shipping, a new, wider lock will be built at Kornwerderzand. The body of the dike will be strengthened to make it an ‘overtopping-resistant’ dike, and the dike cladding will be replaced with special blocks of concrete known as Levvel blocks. To allow migratory fish to swim from salt to fresh water and vice versa, a fish migration river will be created between the Wadden Sea and the IJsselmeer. Ultimately, it is our ambition to create an energy-neutral Afsluitdijk. The project started in 2018 and should be completed by the end of 2022. During the Tender phase, CI-Engineers assisted the winning consortium in the expansion and reinforcement of the existing sluice complex at Den Oever. All site design drawings were made by CI-Engineers.
CI-Engineers is currently working on the expansion and reinforcement of the existing sluice complex at Den Oever, preparing the 3D model and drawing up the calculations for the floors, pillars and guide rails for the new gates in these sluices. CI-Engineers is also writing a manual memo for new sluice gates. For the Den Oever pump group, CI-Engineers is responsible for drawing up the calculations for the non-return valves and the weed guards.
Additionally, CI-Engineers is responsible for the calculations for the entirely renovated lock in Kornwerderzand, including the door recesses, rail beams, door casings, wing walls and utilities room. 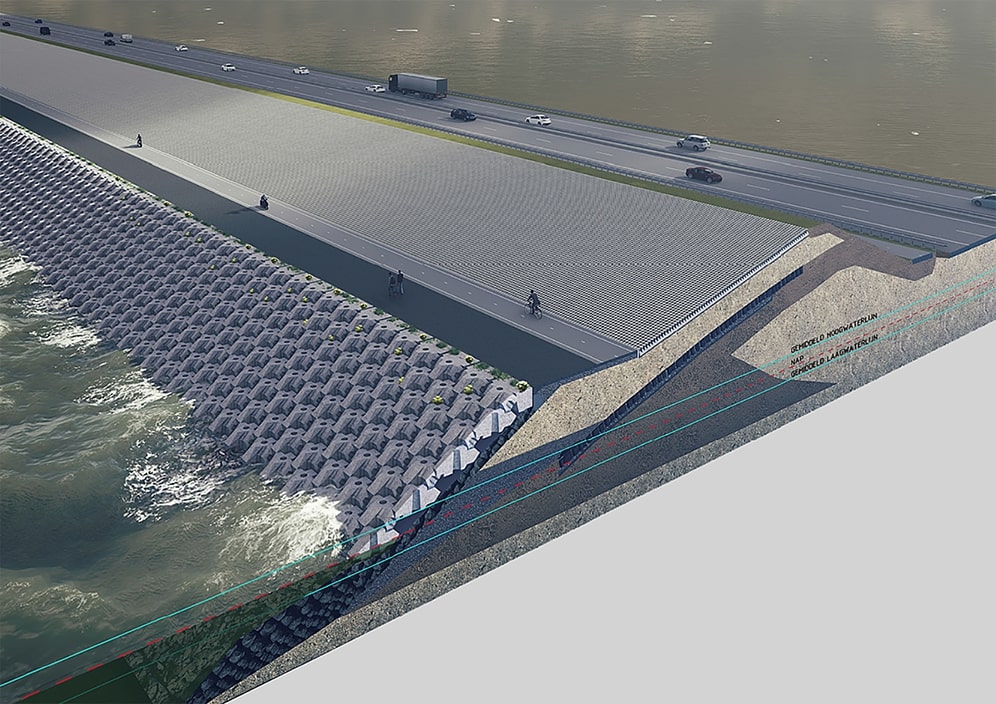