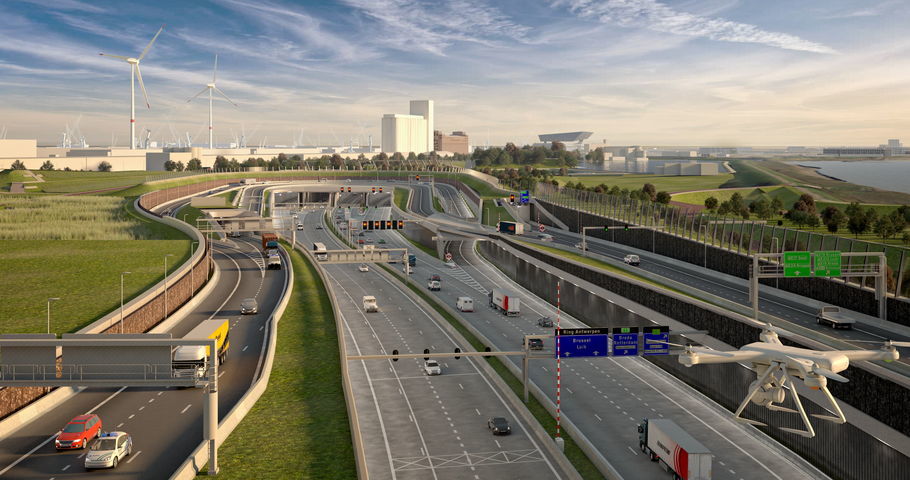 The Oosterweel link road is a new road between the banks of the Schelde, forming the end link of the Antwerp ring road. For the most part, this road will consist of tunnels below the Schelde, parts of the city, and the Albert Canal.
On the right bank, the tunnel complex will link up with the current ring road near the Sportpaleis. In the future, it will be possible to drive straight from Knokke and Ghent to Antwerp and Breda, to name but a few destinations, without having to drive through the Kennedy tunnel.
The project has been split up into 5 parts.

Part 2 – The new Schelde Tunnel:
The new tunnel is set to be 1.8 km long and will have three lanes in both directions. It will also include a 6m wide bicycle tunnel.

Part 3 – The Oosterweel junction:
The Schelde tunnel will resurface near the church of Oosterweel, where a series of ramps and exits will be built that connect the tunnel with the Scheldelaan and the Oosterweelsteenweg.

Part 4 – Four stacked tunnels under the Albertkanaal:
The new section of the ring road will dip back into the water again after the Oosterweel junction, split into two two-lane tunnels. One of these tunnels will provide access to the R1 towards Breda, with the other providing access to the road to Hasselt. Two identical tunnels will be built for traffic travelling from the Right bank to the Left Bank, resulting in a total of 4 tunnels.

Part 5 – The Merksem viaduct is set to be demolished and the section of the ring road between Deurne and Merksem will be rebuilt in its entirety:
The canal tunnels will link up with the existing ring road near the Sportlpaleis. The Merksen viaduct will disappear and the entire section of the R1 motorway between Merksen and Deurne will be recessed into the landscape. The existing ramps and exits in Merksen and Deurne will stay in place, but will be completely rebuilt along with the rest of the ring road.
CI-Engineers’s 3D modellers are currently working on part 1 (Left bank).
The Oosterweel project is a billion-euro project of considerable complexity. There is more to it than simply building a new ring road. Because the new road will run through and under parts of a densely built-up urban area, the government is forced to work with tunnels, trenches and canopies and is taking the opportunity to redesign public spaces around the ring road as well. That takes time. According to the current schedule, the project will not be completed until 2030. 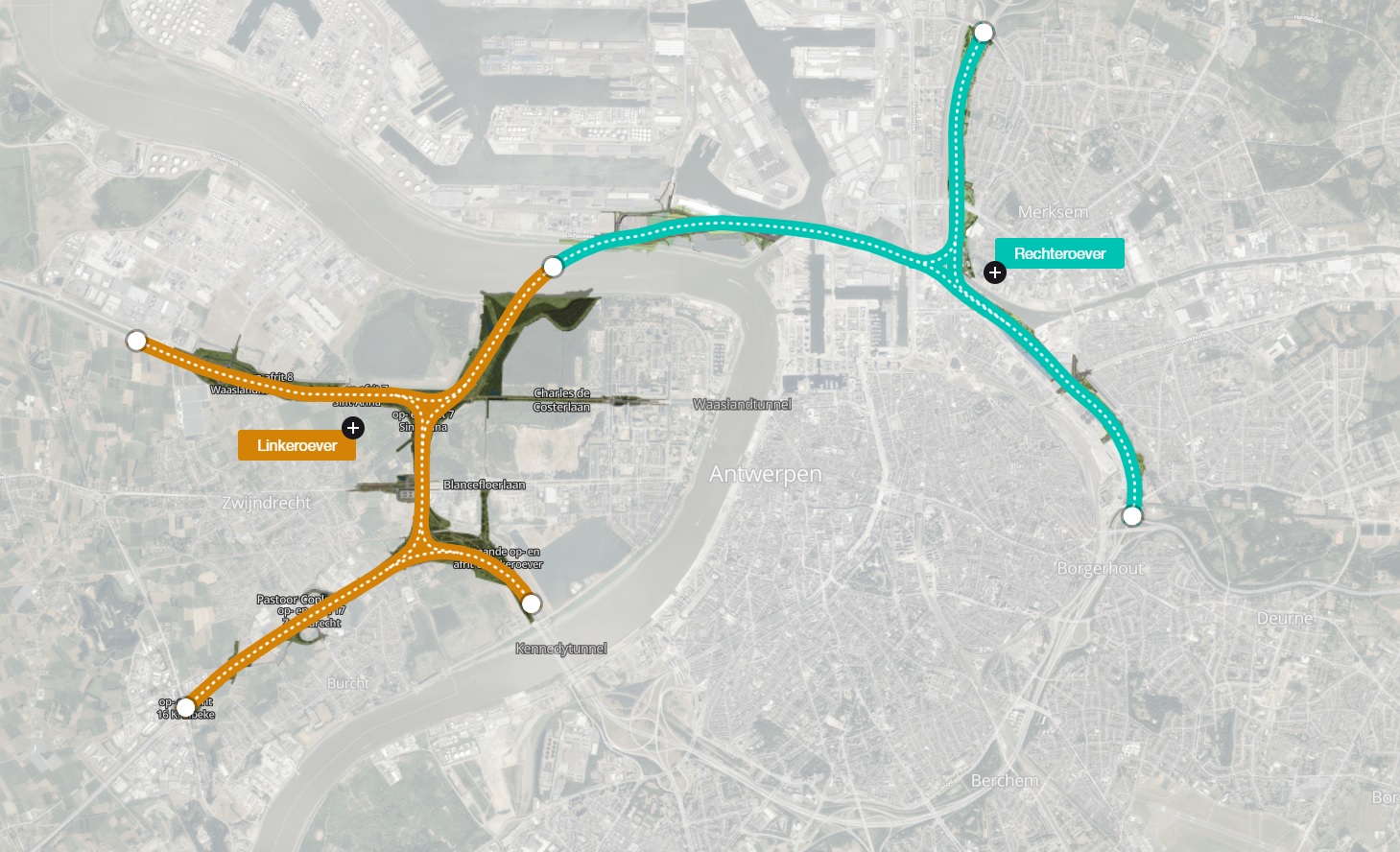