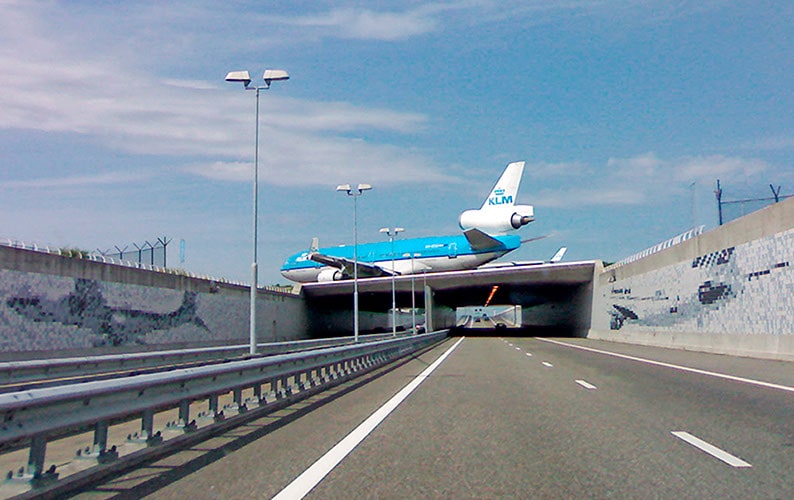 The Westrandweg was part of the first phase of the construction of the new A5 motorway near Amsterdam.
The extended Westrandweg 2×2 dual-carriageway starts at De Hoek junction, linking it to the A4 near Schiphol and continues through the Rolbaan tunnel below Schiphol’s taxiway up to the Raasdorp cloverleaf junction on the A9 motorway. With a total length of 19 kilometres, the A5 motorway allows traffic to bypass Amsterdam, continuing north after the Raasdorp junction to the Coenplein junction, where it links up with the A10 motorway. Work started on the Extended Westrandweg in 1999 and was completed in 2003. CI-Engineers and its employees were responsible for the calculations and drawings of the substructure and superstructure of the viaducts for both junctions. The 150-metre Rolbaan tunnel, which allows planes to reach Schiphol from the Polderbaan landing strip, was also designed entirely by CI-Engineers. 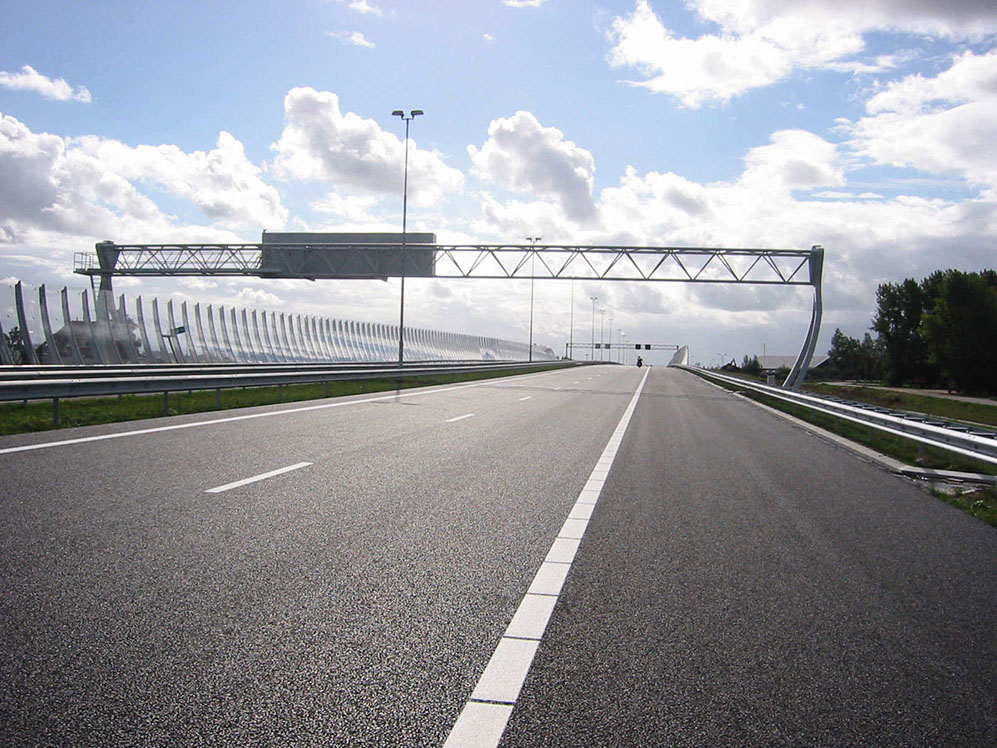